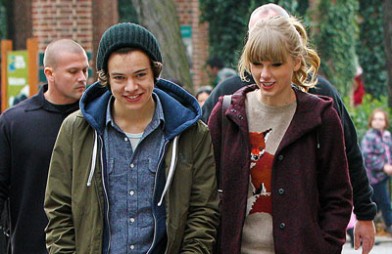 Ever since Harry Styles and Taylor Swift became a ‘thing’, Directioners have openly expressed their outrage over the “Haylor” romance.

The drama however has not only affected the One Direction fandom, Swiftys have been wreaking havoc as well in the Taylor Swift fandom.

This may be my point of view of a one Direction fan but i bieleve I’m speaking for all fans when I say, no one, and I mean no one ships this.

Anyone who ships haylor is being rejected by society. Me, personally, I believe that this is one big publicity stunt for both celebrities, new album “Red” and “Take Me Home.”

To be honest, I like Taylor as an individual, but she needs to take a break from her 13 boyfriends she had in the past three years, and stay single for a bit.

I would also like to add that Taylor could use a new stylist because she has way too many camel toe incidents.

In conclusion, this ship will not sail.

The views expressed in the blogs & opinion section are those of the individual author(s) and do not in any way reflect the official policy or position of Pop Scoop.

FEATURE: Heat up your winter with these ten UK gigs!