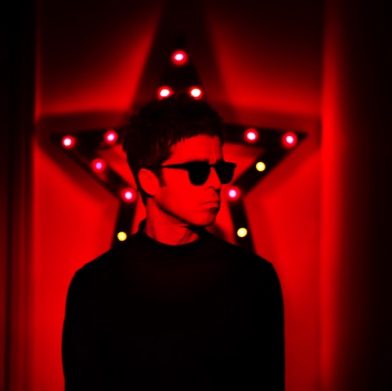 The tracks will be released on limited edition monochrome, dipped 12” vinyl. Further to the acclaimed remixes on Noel Gallagher’s High Flying Birds’ previous records, Andrew Weatherall provides a vocal mix and darker dub. On the B side, legendary Hacienda residents Mike Pickering and Graeme Park join forces to provide a mix which harks back to the heyday of the legendary Manchester nightclub. This is the first remix the duo have made together in over 25 years. The full tracklisting for the vinyl is:

Noel says: “I love Record Store Day. It gives us, the artists, a chance to put music out there that otherwise might never see the light of day. I love the fact that the items are very limited edition and I do utter the phrase ‘I’ll save that for Record Store Day’ a LOT. Here’s a question though – since when do we have ‘stores’ in the UK?”

‘It’s A Beautiful World’ was the second single to be taken from the Number 1 album ‘Who Built the Moon?’. The third album from Noel Gallagher’s High Flying Birds, released in November 2017 on Sour Mash Records, debuted at Number 1 – a record-breaking 10th consecutive chart-topping studio album for Noel. ‘Who Built the Moon?’ and first single ‘Holy Mountain’ also hit the Number 1 spots on the Official Vinyl Albums Chart and Official Vinyl Singles Chart respectively.

Record Store Day 2018 takes place on Saturday 21st April. The annual celebratory event was launched in the UK in 2008. It has since enlisted more than 220 independent record shops across the country to take part. Each year, special vinyl releases are made exclusively to mark the day, and many towns and cities across Britain host special events and performances. Record Store Day is now a global event, bringing together fans, artists and thousands of independent record shops to celebrate vinyl around the world.

As well as embarking on a huge ‘Stranded On The Earth World Tour 2018-2019’, Noel Gallagher’s High Flying Birds have also been announced for a string of festival appearances to take place this summer across the UK. Full list of dates below:

26th May BBC Music’s The Biggest Weekend, Perth – Sold out

Further details about Noel Gallagher’s High Flying Birds, the world tour and summer festival dates can be found at noelgallagher.com