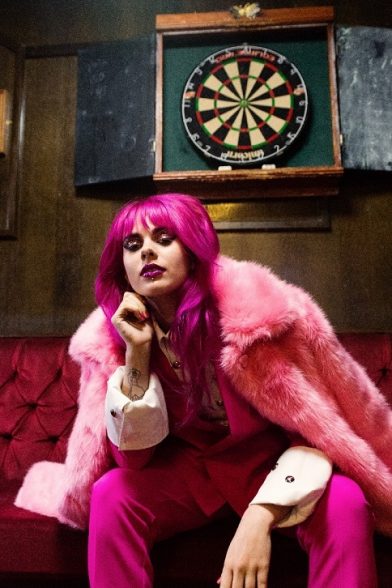 London’s most unapologetic, compelling popstar GIRLI today shares the acoustic version of ‘Mr 10pm Bedtime’. The original is the latest track taken from the ‘Hot Mess’ EP – available to buy and stream now across all platforms. Listen below.

GIRLI takes the rambunctiousness of the original track and swaps it for a more intimate soundscape, complete with soothing backing vocals, tambourine and hand-claps. GIRLI recorded ‘Mr 10pm Bedtime’ as a bedroom session last week – watch it HERE.

The ‘Hot Mess’ EP is a four-track collection of punchy aggro-pop gems. Described by i-D as “one part riot grrrl with a sprinkling of cybergoth on top”, GIRLI’s tongue-in-cheek lyricism paired with future-facing production has caught global attention over the last 12 months. The EP is the latest offering since the release of ‘Feel OK’, a collab between GIRLI and grime legend Lethal Bizzle.

GIRLI has been taking her show on the road over the past few months after supporting the likes of ALMA and Kate Nash on tour as well as a headline UK tour which culminated in a packed out show at Dingwalls, Camden filled with crowd surfing and stage invasions!

GIRLI takes her unmissable stage show across the UK in April 2018, including a concert at Highbury & Islington’s iconic venue The Garage – full dates below.