Diplo unveils ‘Get It Right’ remix feat Goldlink and MØ 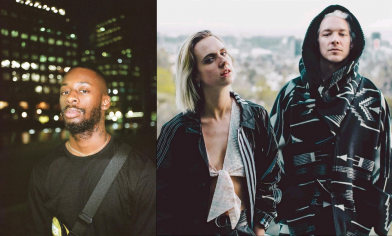 Global superstar DIPLO unveils a new remix of ‘Get It Right’, featuring MØ, with a verse from Goldlink today – listen below. Diplo, MØ and Goldlink will perform the track on The Tonight Show starring Jimmy Fallon February 6.

The new version follows a remarkable year for Diplo. Major Lazer’s documentary Give Me Future, shot at the group’s historic, 400,000-person Havana, Cuba show in March 2016, premiered via Apple Music after debuting to rave reviews at this year’s Sundance Festival. ‘Get It Right’ is taken from the companion album to the film entitled Major Lazer Presents: Give Me Future—Music From and Inspired by the Film. The band also release and an acclaimed EP, Know No Better, last year.

Diplo, born Thomas Wesley Pentz, is one of the most dynamic forces in music today under his own name, as well as a founding member of Major Lazer. As pop’s most in-demand producer, Diplo has worked with artists such as Beyoncé, Justin Bieber, Madonna, Ariana Grande, Bruno Mars, Britney Spears, M.I.A., Lil Yachty, MØ and many more.

Diplo has continued to tour the world over, with stops this year in Nepal, Bangladesh, Kenya, Nigeria, Uganda, Croatia, China, Mexico, Italy, Korea, Spain, Sweden, Denmark, Switzerland, Austria, Germany, Hungary and beyond, as well as sets at Glastonbury, Hangout, Ultra and more.