The BRIT Awards 2018 with Mastercard today announce that Rag‘n’Bone Man will perform live on the show on Wednesday 21st February at The O2 Arena, London.
Rag’n’Bone Man has had an exceptional 12 months since winning BRITs Critics’ Choice and British Breakthrough Act at last year’s award show.

His debut album ‘Human’ went straight to No.1 upon release, achieving the fastest selling UK male debut of the decade.

His show was one of the highlights of BRITs Week 2017 for War Child, followed by a UK headline tour including three sold out shows at London’s Brixton Academy.

Rag‘n’Bone Man is the latest performer to be announced for the UK’s biggest night in music, which has already confirmed Ed Sheeran, Stormzy, Dua Lipa, Sam Smith and Foo Fighters for the show, which will be hosted by Jack Whitehall. 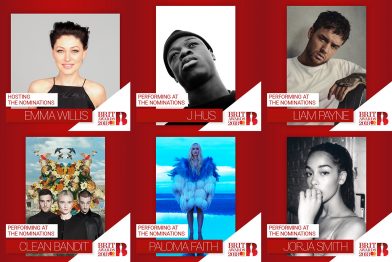