Full Circle is the first in a series of three tracks Maya will self-release over the next few months, with Give Me No Love dropping in early March and showcasing a rawer and fiercer lyrical style.

Performing and writing from an early age, her  self recorded demos got support from BBC Introducing, Radio 1, 1xtra and she released the Her and Him EP with beatmaker Allergy Kid.

She has supported Loyle Carner, Mullally, Natty, Liam Bailey and Akala whilst still at school, and recently signed a management and recording deal with Magikal/Townboi and CODA.

Deacon  is a member of the Hip Hop Shakespeare Company, an ex-apprentice of Akala and collaborator with WOWH Squad/ Stereo Stickman and now Maya Law.

Recently signing to new label Future Rebel Records and releasing his debut single in the spring.

Gabriel Gifford (aka Allergy Kid) started producing beats as one half of Cabrakid alongside the rapper/poet High Priest Cabrakan.

Gabs and Maya then collaborated on the Her and Him E.P., and more recently under his own name, he’s been working with up and coming act Harvey Causon and they’ve recently recorded a session at the BBC’s Maida Vale studio. 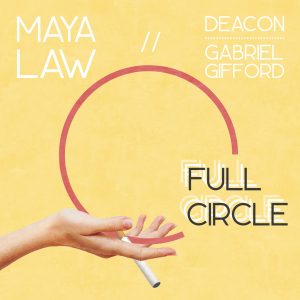