‘Felt’ will be released on April 28th through Babe Magnet Records/Polydor and is available now. It will be preceded by a new single, ‘Leaving You Behind’, which has already received a Hottest Record accolade.

Clean Cut Kid – Leaving You Behind

From the debut album Felt, OUT NOW: http://cleancutkid.lnk.to/FELTIDSign-up to get gig news and announcements first: http://po.st/cccSignUpClean Cut Kid on F…

The four-piece are heralded as one of the most exciting breakthrough bands in the UK, their five singles so far – ‘Vitamin C’, ‘Runaway’, ‘Pick Me Up’, ‘Make Believe’ and ‘We Used To Be In Love’ – have introduced a band full of creativity, who mix classic melodicism with a sonic adventurousness.

What emerges is a contemporary indie-pop record that drags the listener through the rollercoaster of emotions experienced during the end of one relationship and the beginning of another.

Clean Cut Kid will embark on a headline tour in April and May and will also head out in support of Brit Award-nominated troubadour Michael Kiwanuka in May. The dates for the band’s headline tour are: 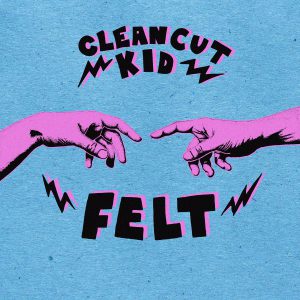