Fresh from their award winning triumph at The BRIT Awards 2017, Little Mix continue their reign as Queens of Pop with their brand new single ‘No More Sad Songs’.

The song is the third single to be taken from their huge double platinum album ‘Glory Days’. Written by Electric (Black Magic, Shout Out To My Ex), Emily Warren (Chainsmokers ‘Don’t Let Me Down’) and Tash Phillips, and produced by Electric, this brand new version of the song features Machine Gun Kelly, who has recently had a massive hit in the USA with his track ‘Bad Things’.

Little Mix picked up the award for ‘Best British Single’ at The BRIT Awards last week, with their No.1 smash ‘Shout Out To My Ex’. Straight after the ceremony the girls flew back to the USA where they are currently on tour with Ariana Grande for two months covering the whole of America.

With a string of ‘Summer Shout Out’ shows on the way, followed by their huge ‘Glory Days’ Arena tour the girls will certainly be busy for the rest of the year. 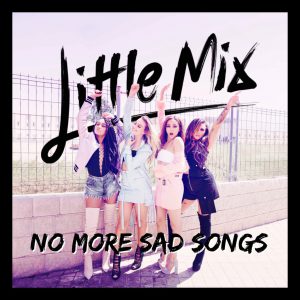