Americana stars The Lumineers release UK single, ‘Angela’ – which has already been streamed over 25 Million times on Spotify and is one of the band’s strongest pieces of songwriting to date.

The track is featured on The Lumineers seminal second studio album ‘Cleopatra’, which was produced by Simone Felice. The album peaked at No. 1 on both the US Billboard 200 and UK album chart when released last year.

‘Angela’ is a subtle and restrained classic folk-rock song, which could have come straight out of Laurel Canyon in the late 60s-70s, drawing the listener in on the first note and keeping them hanging on until the last.

The only track written in the studio at the time of recording, it felt the freshest of the batch the group recorded for LP2, and because of that, you can hear a rawness and danger in it, that tends to go away as you get more familiar with a song.

BRBRIGHTSIDE – The new album by the Lumineers, out now! Order here: https://TheLumineers.lnk.to/BRIGHTSIDEIDThe Lumineers 2022 tour dates are on sale now: ht…

The video for ‘Angela’ was part of a series of five videos for the record and was directed by Isaac Ravishankara. The band’s cameo in the video – playing a small house concert, is endearing considering the monster tour schedule they have unveiled for 2017.

The Cleopatra World Tour has included two sold-out performances at New York City’s Madison Square Garden and continues across the USA, Canada, Japan and Australia. They will return to the UK and Europe this summer with an appearance at BST’s Hyde Park (With Stevie Nicks and Tom Petty) and then back to the US to play 13 stadium shows with U2. 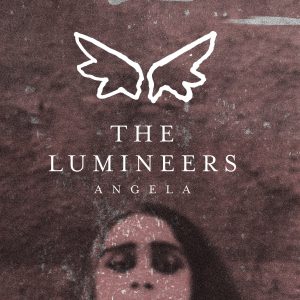