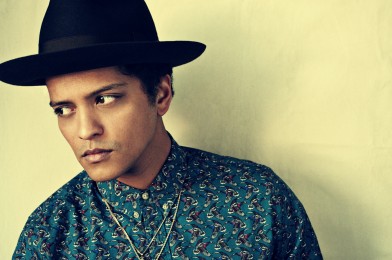 International superstar Bruno Mars, winner of 2012’s International Male Solo Artist and this year’s biggest selling US male artist, will join Arctic Monkeys and Katy Perry to perform at the The BRIT Awards 2014 with MasterCard at The O2 Arena as part of what promises to be a truly spectacular show on Wednesday 19th February. Bruno has sold over 10 million albums globally as well as breaking chart records along the way.

Flying the flag for new British music, Rudimental and Bastille will also both perform at The BRITs for the first time. Both acts have enjoyed incredible success in 2013 with their debut albums charting at No. 1 (Rudimental with ‘Home’ and Bastille with ‘Bad Blood’). Bastille’s ‘Bad Blood’ is the biggest selling debut album of this year.

Rudimental said, “We are really looking forward to playing the BRITs. We went to the event for the very first time this year when we were nominated for Best Single for ‘Feel The Love’. We didn’t win but it was such an amazing night celebrating the best of British music. So to actually be a part of the event this time round is the icing on the cake after such an incredible year too. We are definitely going to bring the party vibe”.

Further acts for the main show will be announced in the coming weeks.

Nomination News – The 2014 nominations, ‘The BRITs Are Coming’, will be announced and broadcast on Thursday 9th January. Hosted by Nick Grimshaw the event will include performances from Pixie Lott (nominated in 2010 for British Single, British Female Artist, British Breakthrough Act and in 2012 for British Single), Tinie Tempah (winner of British Breakthrough Act and British single in 2011 as well as being nominated that year for MasterCard Album of the Year and British Male Artist), winner of 2014 Critics’ Choice award Sam Smith and Rudimental (nominated in 2013 for British Single).

The 2014 nominations will be announced on the January 9th and broadcast on ITV at 10:35PM.