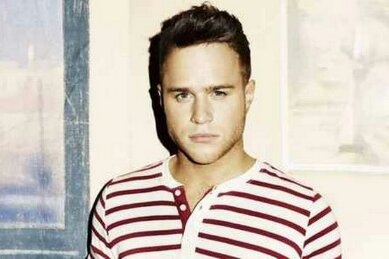 As the 2013 competition hots up in the tenth series of The X Factor, Amazon.co.uk has today announced the top 15 best-selling X Factor acts since the series started 10 years ago.

Olly Murs has beaten off stiff competition to be named the best-selling X Factor act of all time by album sales on Amazon.co.uk. The over 25s category contestant and runner up in series six (2009), Murs has returned to the show that made his name as a guest judge this year.

JLS take the number two spot just days ahead of the release of their final album Goodbye – The Greatest Hits (18th November).

Boy band of the moment One Direction, who are currently enjoying success around the world, come in just after at number three. With the release of their much-anticipated third album Midnight Memories on 25th November they’re expected to challenge Murs place at number one. Midnight Memories was announced in October as the fastest selling album of all time on Amazon.co.uk based on day one pre-orders alone.

Powerhouse Leona Lewis is the best-selling female X Factor act, taking fourth place, and Liverpool-born songstress Rebecca Ferguson rounds off the top five. Both have new albums coming out on 2nd December: Lewis gets festive with Christmas, With Love, whilst Ferguson follows up her debut album with Freedom.

Little Mix, the only group ever to have won The X Factor, are currently at number nine, but this is set to change with their second album Salute released Monday 11th November and now available to download from the Amazon MP3 Music Store.

Operatic four-piece G4 are the only act from the very first series to make the list, taking tenth place.

Cher Lloyd, currently enjoying huge popularity in the US, takes twelfth place, and well-loved soul singer Andy Abraham takes the final place in the list as the fifteenth all time X Factor best-seller on Amazon.co.uk.

The top 15 best-selling X Factor artists of all time on Amazon.co.uk* are:

*Compiled based on album sales. Albums available for pre-order but net yet released have not been included.

“The X Factor has become staple weekend viewing across the UK. The top 15 best-selling acts stretch right back to series one, so it’s great to see that the show’s popularity translates to a lasting fan-base for the contestants,” said Steve Bernstein, Director, EU Digital Music, Amazon Media EU S.à r.l. “Acts from each of the categories, runners-ups and semi-finalists, as well as winners all feature strongly within the chart, showing that The X Factor continues to be a major platform for new and undiscovered talent, whether they take The X Factor title or not.”