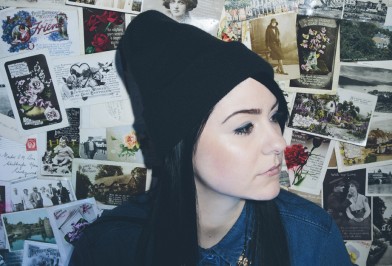 Lucy Spraggan is set to release ‘Tea and Toast’ on December 16th, taken from her top ten debut album ‘Join The Club’. Released through Columbia records, Lucy reached Number 7 on the Official Chart as one of the highest new entries that week. It will also feature brand new track ‘It Doesn’t Feel Like Christmas’ as a B-side.

‘Tea and Toast’ is a tender story of an elderly couple which showcases Lucy’s poetic storytelling ability. The heartbreaking tale moved the X Factor audience and judges to tears at bootcamp which secured Lucy’s place at judges house with a rare standing ovation.

The performance now has over 5 million views on YouTube and Lucy explains how she was touched by a real life event.

“I was busking in town and this elderly couple walked past holding hands. Then the lady collapsed in the street and was unconscious. And the look on the husband’s face was like he’d never lost her before and he’d just lost her then. It was horrible and it inspired me to write a song — after I got them into an ambulance.”

‘It Doesn’t Feel Like Christmas’ is a B-side which provides a heartwarming alternative to the usual festive offerings with charming folk tinged choruses. Lucy describes her inspiration:

“I’ve always wanted to write something Christmassy, so I had a go at it this year. It’s a song about missing loved ones in the festive season and remembering the happy times. It’s kind of bittersweet but I really enjoyed writing it whilst thinking of those I miss at these times.”