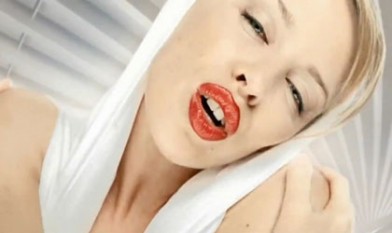 ‘I Can’t Get You Out of My Head’ by Kylie Minogue has been voted as the catchiest tune in a poll of 700 people to launch the largest ever experiment into what makes music memorable as part of Manchester Science Festival (24 October – 3 November) in partnership with Siemens. Actress Lily Cole, TV presenter Carol Vorderman and broadcaster Janet Street-Porter were amongst those who nominated their favourite catchy tunes.

‘#Hooked’ is a citizen science project carried out by MOSI (Museum of Science & Industry, Manchester) and created by computational musicologist John Ashley Burgoyne and his team at The University of Amsterdam and Utrecht University, with support from the Wellcome Trust. This mass experiment will see thousands of people nominating a tune for the playlist and help scientists understand our musical memory. The researchers hope that results from #Hooked could aid future research into Alzheimer’s disease as the experiment could help scientists predict the catchiest musical fragments and devise ways to trigger memories and provide therapeutic benefits. Nominate your catchy tune and take part in #Hooked at http://www.manchestersciencefestival.com/citizenscience/hooked/ or on #hookedplaylist

The initial survey of 700 participants was held to launch an appeal for song nominations for a larger #Hooked playlist with thousands of songs suggested by the public. ‘Blurred Lines’ by Robin Thicke came in at second place in the initial poll, and ‘Get Lucky’ by Daft Punk was third. Once enough songs are gathered, people will be invited to play a simple ‘name-that-tune’ citizen science game designed by Dr Burgoyne that will be launched in early 2014. The game aims to identify the most catchy part of the tune, how it sounds and why it is so memorable.

TV personality Carol Vorderman nominated ‘Get Lucky’ by Daft Punk for the #Hooked poll. She said: “Once I hear it I can’t stop singing it all day and moving to it too (not very well obviously, but it doesn’t stop me trying). The beat is amazing and it’s happy and fabulous. It’s ridiculously repetitive and memorable and makes me smile… lots.”

Erinma Ochu, MOSI’s resident citizen science pioneer and Wellcome Trust Engagement Fellow said: “This mass experiment is a not only a great way to harness the wisdom of the crowd to gather data on what makes a musical hook but it will hopefully also get people talking about, listening to and sharing music. Much of human history is remembered through songs and as an added bonus, we aim to tap into, evoke and share the musical memories of many generations around the world.”

Dr Burgoyne said: “Understanding catchy music is about much more than just a recipe for next week’s number one hit: It’s the key to understanding why musical memories last a lifetime. Catchy music sticks in your head and lingers there. When you hear catchy music again years or even decades later, all of a sudden the song comes back to and you find yourself singing along in your head.”

The University of Manchester said: “Music is really important in accessing long term memories. Many dementia support groups use music, singing and personalised playlists to help those with failing memory. The results from #Hooked could certainly have implications for improving the quality of life for people with dementia.””

When asked for her Hooked song, actress, model and activist Lily Cole said: “I’ve just had ‘Anyone’s Ghost’ from The National in my head.” She admits that it is “not very cheery … music comes randomly to my mind to the mood I happen to be in. It isn’t usually the same thing, but it surprises me sometimes what comes.”

#Hooked launches at Manchester Science Festival and runs until September 2014. During the Festival people can contribute their catchiest songs and stories to build the playlist and scientists will debate the science of what makes music catchy, from hooks, to earworms and hit songs. There will be a silent disco and shows about music with ‘Captain Hooked’ (see website for more details). Nominations for the playlist (which runs across all musical genres) will continue in the run up to the launch of the #Hooked game in early 2014.

To nominate your catchiest tune to #Hooked playlist and find out more about #Hooked, and Manchester Science Festival look up http://www.manchestersciencefestival.com/citizenscience/hooked/ or #hookedplaylist

or browse the #Hooked playlist at http://www.youtube.com/playlist?list=PLXHj14Rd1b0K9JcvEIVtV-JHd39oP2Gpj