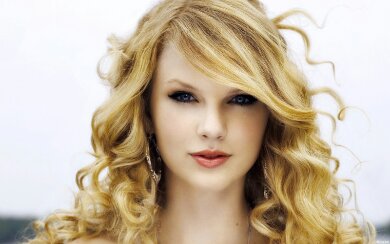 Seven-time Grammy winner Taylor Swift, who has spent her summer headlining sold-out stadiums and arenas in North America on The Red Tour, announcestoday that she will be painting London RED in February 2014 with 3 dates at London’s The O2.

London’s The O2 will host Taylor Swift’s blockbuster The Red Tour on 1st, 2nd and 4thFebruary 2014. Tickets will be priced from £37.50. Tickets will be available to purchase from 9am on Friday 4th October via AXS.com,ticketmaster.co.uk, gigsandtours.com and by phone on 08448 24 48 24. Exclusive VIP Experiences and packages are also available.

Taylor, dubbed ‘a true arena-rock goddess’ by Rolling Stone, recently wrapped up the US leg of The Red Tour with three consecutive sold-out nights at the Bridgestone Arena in her hometown of Nashville.

The North American portion of The Red Tour saw Taylor play to more than 1.36 million fans over 66 shows (including 13 stadium stops) in 47 cities in 29 states and 3 provinces. On a number of these nights Taylor was notably joined on stage by some very special guests for an array of show-stopping collaborations – from Jennifer Lopez and Ellie Goulding at Staples Center in LA through to Carly Simon at Gillette Stadium in Foxborough, Mass.

This November will see Taylor take The Red Tour to Australia and New Zealand, where she will become the first solo female artist in 20 years to undertake a national stadium tour of Australia, with the last being Madonna’s Girlie Show tour in 1993.

Taylor’s fourth studio album, RED, reached no 1 at iTunes in over 50 countries around the globe. RED has sold over half a million copies and spawned 4 top 10 singles in the UK alone. In the US, RED is certified 4 x Platinum, while worldwide it has sold in excess of 5.8 million. With RED Taylor becomes the first artist since the Beatles (and the only female artist in history) to log six or more weeks at no. 1 in the US charts with three consecutive studio albums.

Described by The Times as a ‘rare talent’, Taylor Swift is one of the top 5 selling digital music artists worldwide, and is the top-selling digital artist in country music history. At only 23 years old, she has already had career record sales in excess of 26 million albums and 75 million song downloads worldwide.

Each of Swift’s four studio albums has sold in excess of 5 million copies worldwide while her two most recent albums are two of only 18 albums in the entire history of music to sell more than 1 million copies in a single week.

Taylor recently received two new entries into the 2014 book of Guinness World Records, earning the title of fastest selling digital single for ‘We Are Never Ever Getting Back Together’ and for being the first solo female with two one-million selling weeks on the US album chart.