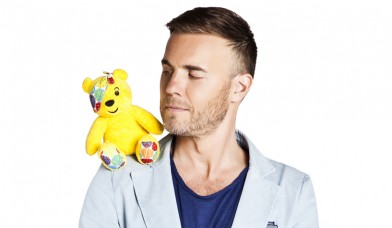 BBC Children in Need is excited to reveal that Gary Barlow will once again be bringing some of the biggest names from the music industry together in two concerts which will help to change the lives of disadvantaged children and young people across the UK.

The world class line-up being assembled to perform at London’s Hammersmith Apollo so far includes:

Chris Evans and Fearne Cotton will host both nights, which will be combined into one TV programme for broadcast on BBC One and BBC One HD during the Appeal week.

Gary Barlow says: “I’m very excited that these incredible artists are giving their time for a special Charity that is close to my heart. This year, BBC Children in Need Rocks is going to be bigger and better than ever, doing not one, but two concerts. There are still some great acts we’re keeping up our sleeve to announce in the coming weeks and there will be a couple of surprise moments on stage as well. And who knows, I might even get up on stage too.”

Host Chris Evans says: “I am honoured to be hosting the Rocks concerts alongside Fearne; Gary certainly knows how to put on a show, so I think guests and viewers will be in for a very special couple of evenings, a real treat!”

Host Fearne Cotton says: “BBC Children in Need Rocks is always fantastic and once again Gary has pulled off a mega line up. I can’t wait to present this year, we’ve got two nights of music which means double the fun, and I have no doubt that we’re going to raise a huge amount of money for a very special charity doing amazing work.”

Tickets will go on sale at 9am on Friday 27th September. Please visit bbc.co.uk/pudsey for full details and ways to get involved in this year’s Appeal.

BBC Children in Need Rocks is Executive Produced for BBC Entertainment & Events by Guy Freeman and Produced by Cerrie Frost. The concerts will fall in BBC Children in Need’s busiest week of the year with thousands of fundraising events up and down the country and a host of BBC programmes rallying round to do their bit make this year’s Appeal the biggest ever.