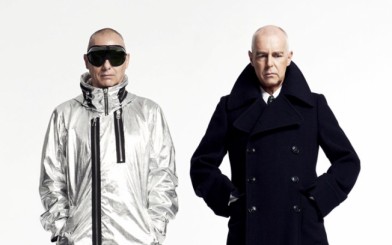 Organisers of Edinburgh’s Hogmanay are today delighted to announce that Pet Shop Boys, one of the most successful UK acts of all time, will headline the Edinburgh’s Hogmanay 2013/14 ‘Concert in the Gardens’. Unique Events on behalf of City of Edinburgh Council announce Pet Shop Boys’ only UK performance, ending the pop duos hugely successful ‘Electric’ world tour which has performed 45 shows and festivals in 25 countries throughout 2013 attracting rave reviews and ecstatic audience reactions.

‘Like Madonna, Lady Gaga and Kate Bush, they are proper pop stars who understand how to fuse the mainstream with the avant-garde. This show combined the energy of a rave with the pacing of a musical…’ – The Times

‘Neil Tennant and Chris Lowe achieve a deft balance of energy, warmth, wit and spectacle that most younger, bigger pop stars struggle to match.’ – The Guardian

The band will be performing a set of greatest hits along with tracks from their critically acclaimed twelfth album ‘Electric’ in West Princes Street Gardens. This exclusive UK performance celebrates a landmark 21st anniversary for Edinburgh’s Hogmanay and is the long awaited return to the capital for Pet Shop Boys following the cancellation of New Year celebrations across the UK in 2006/07. Edinburgh’s Hogmanay is a signature event of the Year of Homecoming Scotland 2014, launching a packed programme of events throughout the year.

With over 50 million records sales worldwide Pet Shop Boys are listed as the most successful duo in UK music history by The Guinness Book of Records. Three-time Brit Award winners and six-time Grammy nominees, since 1985 they have achieved 42 Top 30 singles and 22 Top 10 hits in the UK Singles Chart, including four number ones: ‘West End Girls’, ‘It’s a Sin’, ‘Always on My Mind’ and ‘Heart’.

At the 2009 BRIT Awards, Pet Shop Boys received an award for Outstanding Contribution to Music. The band’s latest studio album Electric was released July 2013 and reached number 3 on the UK Albums Chart —their highest album position since the release of Very in 1993.

‘A pulse-quickening, mind-tickling dance LP 27 years after their debut? This duo did much more than get lucky.’ – Rolling Stone

Pet Shop Boys will bring in the New Year at the world famous Edinburgh’s Hogmanay joined by some very special guests to be announced shortly.

Neil Tennant, Pet Shop Boys said “We are delighted to bring this show to Scotland on New Year’s Eve. We’ve always felt we’ve had some unfinished Hogmanay business in Edinburgh after the weather put a stop to the planned 2006 show and this is going to be a fantastic way to see in the New Year!”

Cllr Steve Cardownie, Festivals and Events Champion for the City of Edinburgh Council, said: “This year, we are celebrating 21 years of Edinburgh’s Hogmanay and, of course, the Year of the Homecoming Scotland 2014 and I am delighted that we have an act of the Pet Shop Boys’ calibre to help us bring in the New Year. Like Edinburgh’s Hogmanay, the duo continues to stay fresh and exciting, thrilling audiences year after year.”

Pete Irvine, Artistic Director of Edinburgh’s Hogmanay, said “The Pet Shop Boys are on top of the world at the moment, and with Edinburgh’s Hogmanay being the only UK appearance of their spectacular new show, they are the perfect band to help us celebrate our 21st Anniversary at the very cusp of Scotland’s most eventful year.”