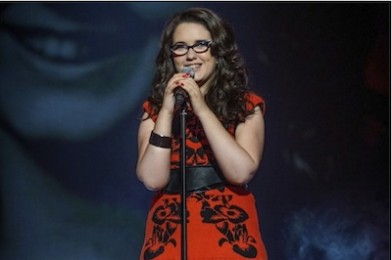 Having won the hearts of the nation on The Voice UK and with her debut single, ‘My Immortal’ hitting the Top 30 in the charts this week, Belfast’s Andrea Begley announces her first headline shows at Ulster Hall on 3rd November and Union Chapel on 4th November. Tickets for both shows will go on sale this Friday 5th July at 10am.

Andrea beat finalists Leah McFall, Mike Ward and Matt Henry to be crowned the winner of The Voice UK 2013 and win a recording deal with Universal Music. Now, just a week on, the song she sang so emotionally on The Voice UK final is currently sitting pretty at No. 30 in the UK singles chart.

Last Friday evening, Andrea took to the stage in her home town of Pomeroy to perform and thanked everybody for their support. She was also presented with a civic award by Cookstown District Council to recognise her achievement.

“I never ever, ever could have imagined this. Honestly first and foremost I have to thank everybody at home for voting for me and hopefully I will try my best to put your vote to good use and be a success – and thank you so much,” said Andrea.

Andrea’s live performance of ‘My Immortal’ on The Voice UK is here: