WATCH: Lawson get naked to raise awareness of male cancer 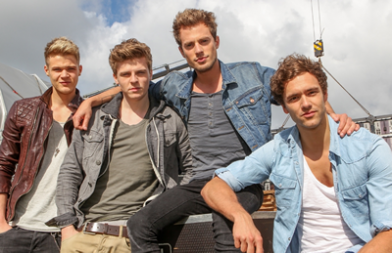 Lawson have posed naked for the August issue of Cosmopolitan (on sale 4th July) to raise awareness of male cancer for Cancer Research UK.

With thousands of men being diagnosed with cancer every year in the UK (testicular cancer being the most common in young men), women remain pivotal in encouraging men to be self aware. Cosmopolitan’s infamous centrefolds have consistently proven to be a fun yet effective way of raising awareness of this serious issue.

In gracing the pages of Cosmopolitan, Lawson joins the likes of Lenny Kravitz, Roger Moore, Ewan McGregor, Rupert Everett, Graham Norton, Jason Donovan, Eminem, Teddy Sheringham, Jack Osbourne, Ian Wright, Ronan Keating, Matt Dawson, David James. These are just a few of the men who have posed naked for Cosmopolitan in the past. The list is endless! 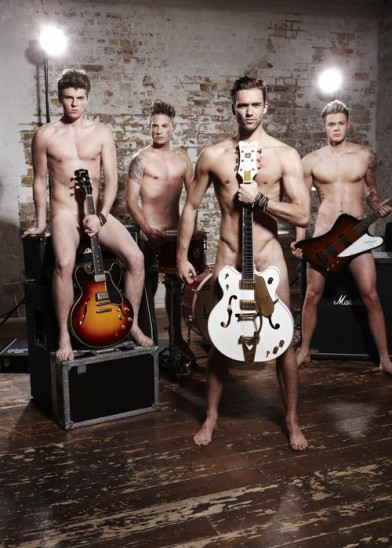 Discussing the centrefold, lead vocalist Andy says “It’s so important to be aware of your body and any changes. When I was 19 I had a brain tumour removed. It wasn’t cancerous but I lost the hearing in my right ear because of it. We named the band after Dr Lawson, the guy who operated on me. He’s a legend. If you catch things like this early, it can save your life. It changed my whole perspective on everything.”

Behind the scenes footage of Lawson’s shoot can be viewed at www.cosmopolitan.co.uk/lawson.

Lawson posed for the August issue of Cosmopolitan (on sale July 4) to raise awareness of male cancer for Cancer Research UK. Also available in digital edition on the Apple Newsstand.