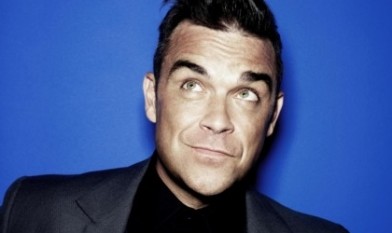 Robbie Williams has admitted that he would take drugs with his daughter when she is older to make sure she isn’t taking any dodgy substances.

Robbie knows a thing or two about drugs having spent time in rehab in 2007. As a father with experience he says he would take with his nine-month-old daughter Theodora ‘Teddy’ Rose so that she gets the “best possible”.

He told New magazine: “I doubt she’ll be like me. Touch wood, and follow that with a lot of love and a lot of luck, she won’t go there or have to go there.

“If unfortunately that does happen, I’ll know what to do. Which is make sure she’s got the best drugs possible – and take them with her.”

The Take That hunk also said he had penned a song for Teddy, inspired by his drug and alcohol troubles.

Robbie revealed: “It goes, ‘Sit down, close the door I think it’s time you knew the score, why you feel weird. One day you’ll be told about, how Daddy let his demons out, yeah he makes them scream and shout.

“So what better when you’re old enough, and you’re out on your own and stuff, if you start losing hold of love it’s because…

Robbie also told how Teddy is close with wife Adele’s eight-month son Angelo, who he has nicknamed Little Peanut.

Robbie said: “Her son and my daughter go on play dates.

“Little Peanut is on the list of potential suitors for Teddy.”