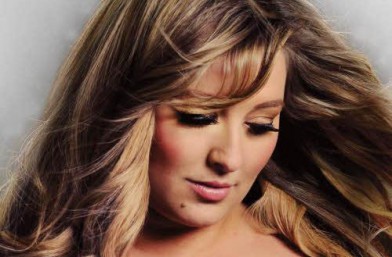 This time last year Leanne Mitchell was just an ordinary woman entering a brand new television show with the hope of getting to the live shows.  Fast forward 12 months and ‘The Voice’ winner has just released her self-titled album with the hope of reaching top spot in the album charts.

After progressing through the show under the guidance of mentor Sir Tom Jones the eventual winner has taken almost a year to write her album and will soon be back on the show where she made her name to perform a track from her debut album.

Pop Scoop managed to catch up with the 29-year-old singer (albeit in a very noisy venue) and she told us all about her love of music which started out as a child, right up to where she is today and what the future holds.