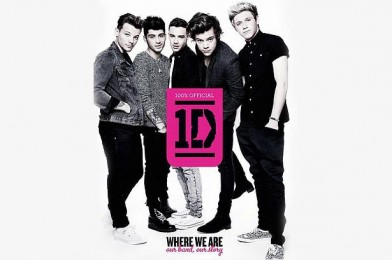 Although the title was revealed (or leaked) back in March, the news still made waves across social media networks with fans turning out their pockets for the must-have pre-order.

According to the official info: “This is the only official book from 1D, charting their journey over the last year and a half – from the places they’ve visited and fans they’ve met, to their thoughts and feelings, hopes and dreams, highs and lows. It has been a phenomenal year – and this is a phenomenal story. This Christmas, there will be no other book that true One Direction fans will want!”

Pre-order your copy now Below: