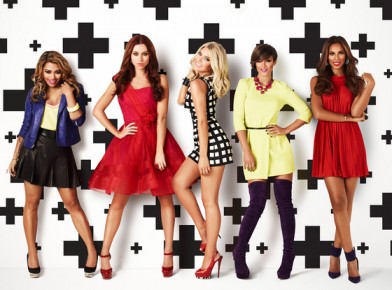 The Saturdays’ reality show has reportedly been cancelled after just one series.

The show followed the lives of Una Healy, 31, Rochelle Humes, 24, Mollie King, 25, Frankie Sandford, 24, and Vanessa White, 23, as they attempted to break America.

Unfortunately, the show saw dwindling viewing figures just after a few episodes with ratings falling to just 100,000 at their lowest. This was put down to the girls not appealling to American audiences.

A source told The Sun newspaper: “It got killed in the ratings. US fans like drama and conflict but The Saturdays actually liked each other.”

However, the reports have been dismissed by the group’s spokesperson, who has confirmed further talks about future episodes.

“Chasing The Saturdays was originally only commissioned for one season,” a spokesperson said.

“The show has since been picked up by 46 territories around the world. The head of E! is coming into the UK next week to discuss a Christmas special.”

Chasing The Saturdays will be screened in February.

Meanwhile The Saturdays will release ‘Gentleman’ on June 30. Preorder on iTunes below NOW!