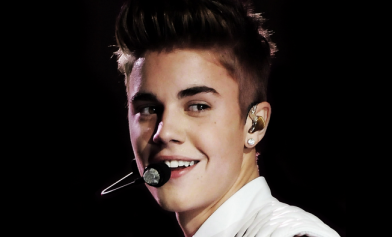 Justin Bieber could be in more trouble again after allegedly setting off six speed cameras in Dubai while driving his Lamborghini from his £12,000-a-night Royal Suite at the Burj Al Arab Hotel to the Sevens Stadium on route to his gig on Sunday night.

Witness Nikki Jameson told The Sun: “He was travelling along the Sheikh Zayed Road where there are at least six speed cameras. Every single one flashed off as he went past.

“He had a close shave with a bus and stood out like a sore thumb. A 19-year-old in a white Lamborghini is hardly discreet.”

Later during the gig, Justin was attacked by a male fan while on stage. The man jumped on stage and grabbed Bieber from behind while he was playing the piano during a rendition of ‘Believe’.

Justin managed to get free and security guards pinned down the man, who had who knocked the popstar’s piano off its hinges.

Bieber returned to finish his show after a three-minute break but the piano was left unplayable for the remainder of the concert.