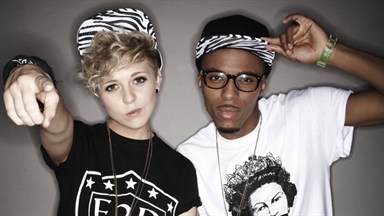 While Jessie J headlines the Sunday, with special guest performances by Lawson and Union J, additional guests just confirmed for the Sunday are MK1, The Vamps and Joywride.

Hip-hop duo MK1 – comprising Charlotte ‘Charlie’ Rundle and Simeon ‘Sim’ Dixon – became the first urban music act to advance to the live shows of the X Factor in last year’s series and have already landed themselves a headline tour later this year, showcasing new tracks from their forthcoming debut album. 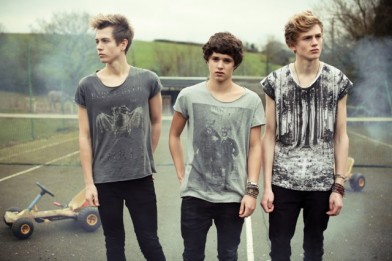 Newcomer YouTube sensations The Vamps were first spotted when their cover of One Direction’s Live While We’re Young soared to over 300,000 views in under a week! A young four piece band from the UK, The Vamps comprises lead vocalist and guitarist Bradley Will Simpson, guitarist vocalist James McVey, drummer and vocalist Tristan Evans and new member Connor Ball. Six months on and The Vamps’ YouTube views have smashed the 10 million mark and have just signed to mega label EMI.

With their soaring hooks and glam looks, Joywride are looking to redecorate the charts with glamorous pop panache. Not ones for understatement, Dance Rock Revivalists Joywride are proving to be one of the most dynamic live acts to emerge from London’s underground in years. With a mix of classic-styled pop and a well-groomed fashionista charm, Joywride are poised to take centre stage at the forefront of pop music.

Commenting on the announcement, concert spokesperson Dion Clements said “MK1 already have a rapidly expanding fan-base while The Vamps and Joywride are tipped by industry insiders as ‘ones to watch’, so to have them all come and perform the same stage at Sound Island Festival as Jessie J, Lawson and Union J, offers a great opportunity for music fans to see rising artistes perform live at the very start of their budding careers”.

The Sound Island Festival will take place on Saturday 27 & Sunday 28, July 2013 at Quex Park, Birchington-On-Sea. For more information, or to book tickets for the event, visit www.soundislandfestival.com, www.gigantic.com, or call 0871 224 1112. Tickets can also be booked by personally visiting the Margate Winter Gardens

Tickets are on sale now at £35 each per day or £64 each for a weekend ticket. Booking fees may apply.