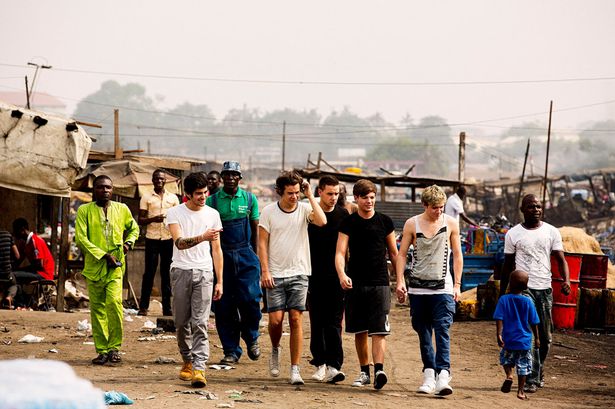 One Direction have certainly showed their support and helped raise money for Comic Relief this year. Early this year the boys had an eye opening trip Ghana where a camera crew documented their trip to share their experiences.

The boys experienced what life was like for some of the Ghana children and also went to the hospital and saw the suffering of young children from malaria.

All of the boys got very emotional and during filming their experience pledged to the camera for people to donate to the cause. Zayn expressed “After seeing this I realised how much I take for granted” and Harry emotionally voiced “please just give what you can”

After coming back from their trip to Ghana the boys decided to do as much as they could for Comic Relief. They even decided to be the face of this years charity single where they record a version of Blondies song “One Way or Another”.

The single went to number one in multiple countries around the world and with the support of their fans the boys have made a significant amount of money from the sales of the single. 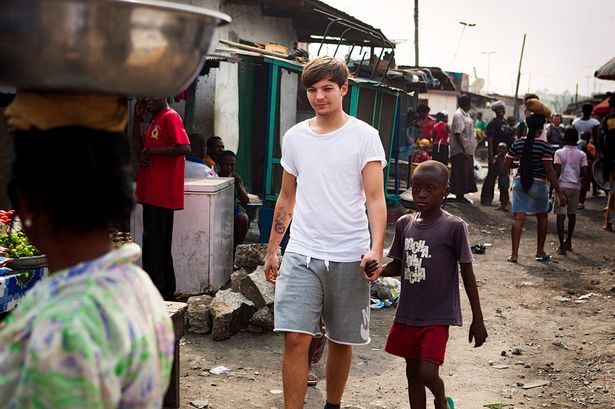 The boys even turned comedians and took part in the Disney Comic Relief campaign. The Mirror reported that they told some cheesy jokes.

Harry Styles: “What did Zero say to Eight? Nice belt!”

Niall Horan: “Why did the cookie go to the doctor? Because he was feeling crumby.”

Liam Payne: “What do you get when you cross a pig and a cactus? A porky-pine.”

Zayn Malik: “Why did the skeleton go to the movies by himself? He had no body to go with him.”

Louis Tomlinson: “What do you get when you cross a snowman with a vampire? Frostbite.” 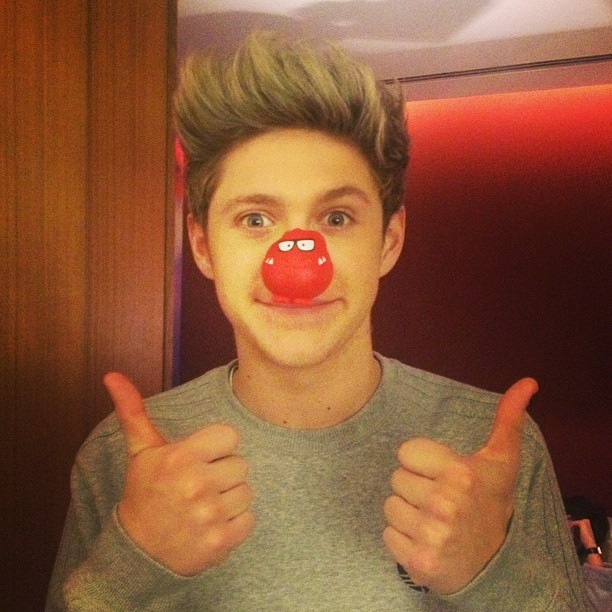 The boys even sold the clothes they worn while in Africa on Ebay to raise even more money for Comic Relief.  Individually the boys did a little challenge each to show their support, Louis dyed his hair red, Niall did a sponsor slient and Harry baked some cakes. It is even reported that Zayn had donated a staggering £500,000 to the cause.

Overall the 1D boys have truly show their support for this years Comic Relief, it isn’t know how much in total the boys have raised but it is for certain they have saved many people lives.