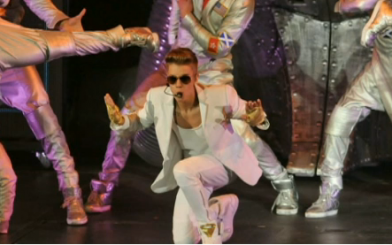 Justin Bieber  has angered parents and fans by turning up on stage two hours late for his first night at London’s O2 Arena last night.

The doors opened at 6:30pm and Bieber was supposed to appear on stage at 8:30pm leaving ample time for Biebers younger fans to get home on a school night.

By the time the Canadian singer made it on stage many furious fans and parents had started leaving.

One mother told us: “I paid £60 for tickets, and we have had to leave the concert otherwise we were going to miss the last train to Norfolk if we didn’t leave when we did. It’s disgusting”.

At 11.36pm, the official account for the O2 tweeted: “Justin Bieber is now on stage and apologises for the lateness of his show”, but gave no explanation for the delay.

They added minutes later: “Sorry to all the Justin Bieber fans for the lateness of his show tonight. The Tube will still be running when the show finishes”.

“We will be doing everything within our power to ensure Justin makes it on stage at the right time.”

Bieber is reportedly expected to face a fine after his late performance broke a noise curfew. A reported fee of £10,000 every MINUTE  over.