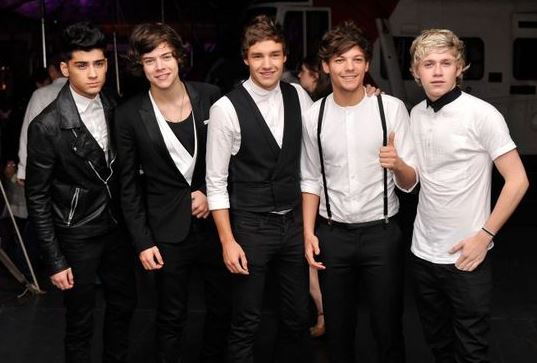 This weekend One Direction took their Take Me Home Arena Tour to Wales. The boys fans didn’t disappoint as they lapped up tickets giving the boys 4 sold out shows at The Motorpoint Arena in Cardiff.

The boys performed 4 shows over 3 days and gave fans a full set of high energy performances with a few slow intimate moments performing ballads such as “Moments” and “More Than This”.

“@real_liam_payne: Last day in cardiff today , you have been amazinngggg !”

“@NiallOfficial: That show was class! Mental down here in Cardiff ! Love it! Couple more hours we ‘ll be doin it all again!”

Next stop on the boys tour is Ireland where they play a staggering 4 sold out shows at both The Odyssey Arena in Belfast and The O2 in Dublin.