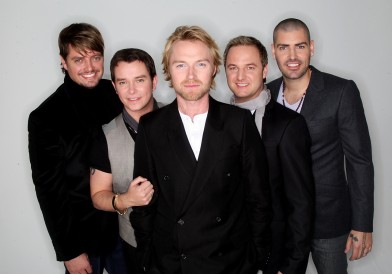 Fans of Boyzone are a a pretty hardcore bunch and proven this with demand for their newly announced anniversary tour  topping that of One Direction and The Wanted combined, according to ticket marketplace Seatwave.

Demand for tickets shot up 300 per cent in the past week – meaning that more people have been wanting Boyzone tickets than for One Direction and The Wanted combined. A spokesperson for Seatwave said:

“We expected Boyzone to generate some interest, purely from a nostalgia point of view; however the volume we have encountered has been quite unprecedented.”

“To outstrip demand for both 1D and The Wanted is extraordinary, they are two of the most popular bands in the country right now. One explanation could be that older fans who like 1D, but perhaps find them a bit young, see Boyzone as an appealing alternative.”

Ronan, Keith, Shane & Mikey recently announced that they will tour the UK and Ireland this year to celebrate 20 years in the music industry.

The Anniversary Tour launches in the band’s hometown of Dublin Nov. 28. Check out the schedule below.