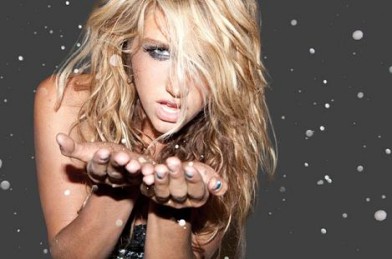 The series promises to document the “drama, madness and euphoria” of her professional and personal life.

Ke$ha said in a statement: “You might have heard my voice on the radio, seen me on stage or in a music video, but that’s only a part of the story.

“With this documentary series I’m revealing a more complete picture of what my life is really like. It’s not all glamorous but it’s all real.”

The footage was shot by Ke$ha’s filmmaker brother Lagan Sebert over the course of two years. Lagan said: “I was working as a journalist as my sister was fighting her way to the top of the charts. Journalists live and die by the story and I soon realised that the most amazing story was happening in my own family and it became my mission document it. With the help from Steven Greenstreet and Sandra Sampayo and Ted Roach I set off on a two year long journey to tell my sister’s story.”

MTV said the “no-limits” series would depict Ke$ha “as she navigates the drama, madness and euphoria of her professional and personal life while recording a new album and traveling the globe”.

The show will premiere on MTV in April.