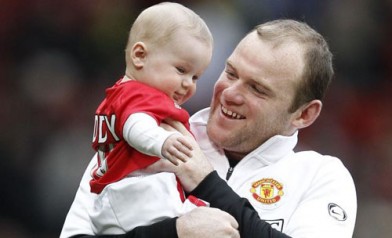 Footballer Wayne Rooney and his wife Coleen have confirmed they are expecting their second boy together.

They revealed the news after having a scan yesterday, confirming the sex of the child.

The 26-year-old WAG tweeted: “Absolutely loved seeing our baby on the scan yesterday!!! We decided to find out the sex…… It’s a ….. BOY!! So exciting (sic).”

The couple’s first son is Kai, turned three in November.

Coleen announced her pregnancy in October, when she told her twitter followers: “A few people guessed, so news is out ha!! Me wayne and Kai are thrilled that we are expecting a new addition to our family around May time x (sic).

“It’s still only early but bursting with excitement! Also wanted the news to come from us, before anyone else! (sic)”

Coleen has previously admitted she would love to have a large family, saying: “I’d like to have maybe three or four children. I’d be happy to be a full-time mum.”