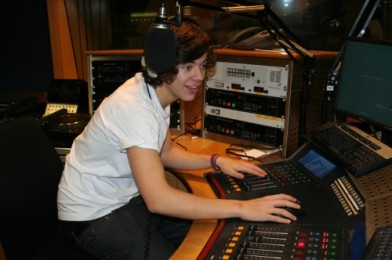 The Hits Radio has revealed it is to hand over its whole daytime line up to three of the world’s biggest boybands. One Direction, JLS and The Wanted are ‘taking over’ The Hits programme schedule between 8am and 4pm from Monday 31st December to Friday 4th.

The JLS boys will take over the breakfast show from 8am.

JB from JLS said: “We’ve got our alarm clocks set already to get the New Year underway on The Hits Radio – we can’t wait!”

The Wanted will fill the mid-morning slot from 11am and will be treating listeners to the favourite songs and hopes for 2013.

The Wanted’s Max George added: “We can’t wait to get on-air and speak directly to our fans, who have made sure 2012 has been amazing.”

The Wanted will then be handing over to One Direction at 2pm.

Speaking of his bands involvement, Harry Styles said: “We started 2012 taking over The Hits Radio, and it’s great to be doing the same again to start 2013.”

One Direction will also do an exclusive Christmas Day message at 3pm on 25 December.

Each member of the three bands will host their own individual shows across the schedule.

On Sunday 30 December The Hits Radio will also broadcast an exclusive live hour from Ed Sheeran at midday, and a one-hour long interview with Emile Sande at 7pm.