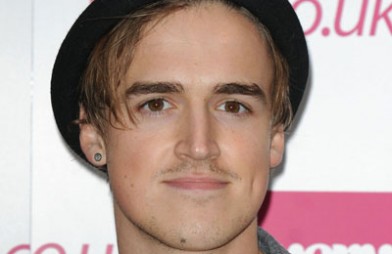 McFly songwriter Tom Fletcher only gives songs to people he cares about, so won’t be giving any material to boy band The Wanted.
The McFly singer – who has penned tracks for artists including One Direction – doesn’t think his lyrical style would suit the ‘Glad You Came’ hitmakers and is selective about who he gives songs to, as he doesn’t want his passion to become like a regular job.He said: “They’re different to us. I’m not sure my writing style suits them. I only like to write for people I care about, otherwise I’d get demoralised like in a proper job.”

McFly have just released a greatest hits collection, ‘Memory Lane’, but insist this doesn’t mean the end for the band – which also includes Danny Jones, Dougie Poynter and Harry Judd – because they are already planning new material.

Speaking at the Spirit of London awards in London, Harry said: “Early next year we’ll be finishing our sixth album. This isn’t the last stand for McFly.”

The ‘All About You’ hitmakers recently claimed they would keep performing until they were 65.

Tom said: “I can’t really do anything else! I think we could do a tour every couple of years and make some money.

“I bet we’ll all still be jumping around on stage then. I reckon we’re the kind of people who will get to our 50s and will want to start getting really fit and healthy.”

Harry added: “I think the limit will be around 65.”