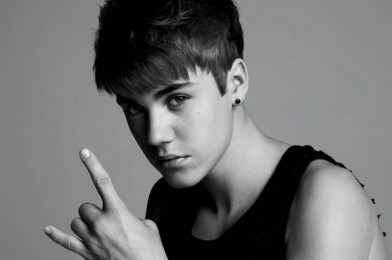 Justin Bieber has become the most popular and influential person in social media. A title that Lady Gaga had held for two years running but Harry Styles, Louis Tomlinson, Liam Payne and Niall Horan’s Twitter followers go through the roof.

Starcount is the world’s only definitive measure of global social media popularity, adding up all 11 biggest global social networks to create a Starcount Score and create daily global leader boards.

Bieber is also edging closer to the coveted Twitter top spot which Gaga has held since over taking Britney Spears over two years ago. With over 315,000 new followers in the last week Bieber now boasts around 31.3 million followers. In comparison, Lady Gaga gained 208,000 new followers and has a total follower count of 32 million.

Twitter have also released exclusive data showing Justin as the most tweeted celeb of 2012. The One Direction boys had the biggest percentage increase in Twitter followers among celebrities for the year, with Horan leading at 712%, according to exclusive data released by Twitter.

The most tweeted about celebrities of the year are Justin Bieber, One Direction’s Zayn Malik, Demi Lovato, Styles and Tomlinson.

The 5 most retweeted tweets

5. @NiallOfficial Guys its been 2 years today since we were formed, its been incredible so far, its all down to you guys! Love you all soo much ! Thank you (103,772 retweets)