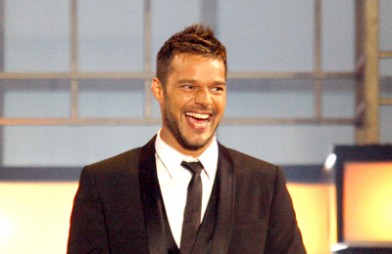 Openly gay singer Ricky Martin wishes he could come out again so he could tell people struggling with their identities that “it’s just beautiful – you find love”.

The 40-year-old singer – who announced he was homosexual in 2010 after years of speculation – says he was always worried about revealing his sexuality, but once he did, it was the best thing ever because he was being his true self.

Speaking at a U.N. conference on homophobia, he said he wishes he could come out again so he could tell people struggling with their identities that “it’s just beautiful – you find love”.

He added: “For many years, I lived in fear … because I was hating myself because I grew up listening to a very crooked concept: ‘You’re gay. You belong in hell.’ ”

Ricky said it was a fantastic experience to be at the United Nations, surrounded by people “fighting for one cause – equality and love and social justice”.

Ricky – who has four-year-old twin sons, Matteo and Valentino, who were born via a surrogate – is in a relationship with Carlos González Abella but admits he has “fallen in love” with women in the past and doesn’t regret any of his experiences.

He said : “I’ve slept with women and I’ve fallen in love with them and I’ve felt wonderful things. There was love, passion. I don’t regret anything, any of the relationships I’ve lived, they taught me a lot, both men and women equally.”