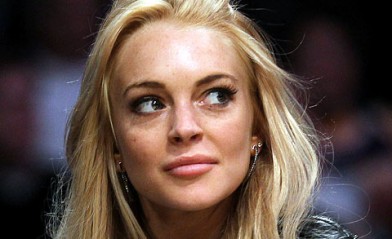 Lindsay Lohan reportedly refused to film her big reveal moment after taking part in home renovation series ‘Million Dollar Decorators’ despite receiving $200,000 worth of complimentary renovations on the show which will air early next year
The ‘Liz & Dick’ actress – who is currently trying to pay back a huge tax bill despite reports she was given $100,000 from her good pal Charlie Sheen to cover almost half of the debt – reportedly refused to film a big reveal moment after her home was given an expensive revamp as part of the Bravo series ‘Million Dollar Decorators’.Sources told gossip website TMZ.com that the 26-year-old troubled starlet agreed to take part in the series earlier this year in exchange for her rental home – which costs her $8,000 a month – getting a free makeover worth an estimated $200,000.

The actress was said to have initially cooperated with producers and filmed a furniture-shopping segment in March, along with other footage at the house.

But once the renovations were completed, Lindsay allegedly stopped communicating with the show’s team.

Insiders say that the actress is still living in the house but it is now too messy to be filmed and producers are said to be planning to use other clips to cobble together a big reveal moment since Lindsay won’t take part.

The episode is scheduled to hit screens early next year.