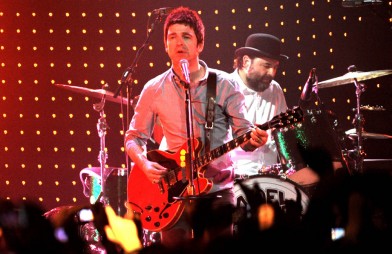 The ex-Oasis rocker will headline London’s Royal Albert Hall on March 23 next year with his old Blur rivals also taking to the stage that night and Noel intends to perform with his former foes.

Kasabian and Russell Brand are also part of the line-up, with Kasabian headlining a show on March 22, while Russell will team up with Noel Fielding and special guests for a night of comedy on March 20.

Other acts to perform at the gigs include Primal Scream, Ryan Adams and Rizzle Kicks.

All shows will take place at The Royal Albert Hall and tickets, be priced from £25, will be available from 9.30am on Friday 7 December 2012.