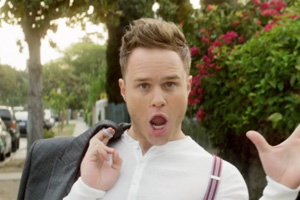 Olly Murs’ latest album went straight to number one in the charts – while he hung on to the top of the singles charts for a second week.

The Essex heartthrob’s single ‘Troublemaker’, featuring US rapper Flo Rida, retained the Number one spot in the singles chart for a second week in a row on Sunday, Olly’s fourth UK number one.

Appearances on The X Factor had a dramatic effect on sales with all recent acts that performed on the show in the top five.

They include Rihanna’s Diamonds at three; Labrinth’s Beneath Your Beautiful at four; and Alicia Keys’ Girl On Fire at five.

The former ‘The X Factor’ contestant also nabbed the top spot in the album charts with ‘Right Place Right Time’, leaving One Direction in second place.