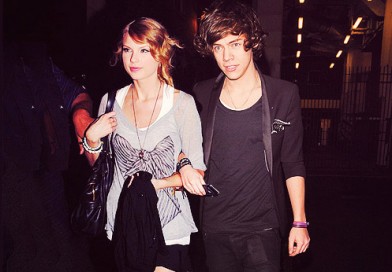 Harry Styles has invited Taylor Swift to perform with One Direction.
The 18-year-old pop star is allegedly dating the ‘We Are Never Ever Getting Back Together’ singer and wants her to perform with him and the rest of the boy band – Niall Horan, Louis Tomlinson, Liam Payne and Zayn Malik – to a crowd of 20,000 fans at their Christmas show in New York’s Madison Square Garden on Monday (03.12.12).

Little Mix’s Perrie Edwards, 19, is flying out to the US with her mother to join boyfriend Zayn and Louis has invited his girlfriend Eleanor Calder along for the show as well.

A source told the Daily Mirror newspaper: “It’s such a momentous time for the boys and they want their girlfriends by their sides. Seeing Zayn with Perrie and Louis with Eleanor made Harry realise there’s a person he wants to be there with him, too. Taylor.”

Harry has recently opened up about his feelings for Taylor and praised her for being such a “sweet” person.

He said: “Taylor honestly couldn’t be a sweeter person.

“She’s genuinely nice and extremely talented, and she deserves everything she has.”

Taylor – who has previously been in relationships with Jake Gyllenhaal, John Mayer and Taylor Lautner – has just arrived back from Australia where she performed at the ARIA Awards on Thursday evening (29.11.12) in Sydney.