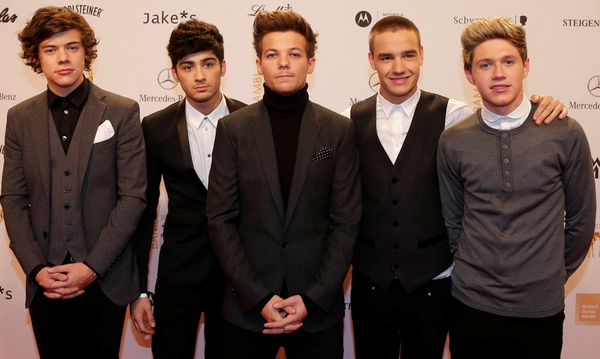 Dawning their best Dolce and Gabbana suits One Direction dazzled awaiting fans on the red carpet of the 2012 Bambi Awards tonight.

The boys spent time signing and taking pictures with fans who had been waiting in anticipation for the boys arrival.

Once inside the boys took to the stage to perform their smash hit single “Live While We Young” which resulted in an roar of applause from everyone inside the venue.

The boys were also honoured with the award for Pop International Artist adding another trophy to their substantial and growing collection. Harry lead the acceptance speech “It means so much to us to be welcomed like this” and continually praised the German fans for their support “We wouldn’t be here without you so thank you so much”.

Harry posted his appreciation on Twitter, saying: “Thank you so much Germany for the Bambi award! It means a lot.. We had fun tonight .x”

The boys will be back in Germany May 2013 for their world tour.