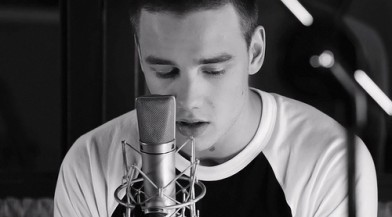 One Direction have two things to celebrate this evening after their new album, Take Me Home, and new single, ‘Little Things’, both debuted at Number 1 on the Official Charts!

‘Little Things’ entered at Number three on Wednesday and managed to pass Bruno Mars’ new single ‘Locked Out Of Heaven’, keeping it at Number two and Little Mix’s DNA at Number 3. ‘Little Things’ was written by Ed Sheeran and is only One Direction’s second single to top the Official Singles Chart (the other being their debut release, What Makes You Beautiful, which reached Number 1 in September last year).

One Directions first album, ‘Up All Night’, was famously kept off Number one last December by Rihanna’s ‘Talk That Talk’. Nearly twelve months on, and Take Me Home has not only taken the Albums Chart top spot, with a sales tally of 155,000, it has also become the second fastest selling album of 2012 so far behind Mumford & Sons’ ‘Babel’, which sold 158,000 during its first week on sale.