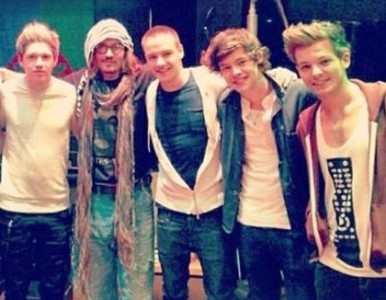 One Direction spent the day with non other than A-lister Johnny Depp while the boys were in the United States this week.

The “Pirates Of The Caribbean” star’s daughter Lily Rose, aged 13,  is a massive fan of the band and asked her dad to pull some strings. So being who he is, Johnny arranged to meet the boys at the recording studio inside his house in LA.
She’s

A source told The Sun: “Johnny found out 1D were in town and, after making a few calls, they came round to his studio.

“He brought out his piano and guitars for the boys to test and they had a little jam session.

One Direction returned to America where they performed new singles ‘Live While We’re Young’ and ‘Little Things’ at the Rockefeller Plaza in New York on The Today Show.