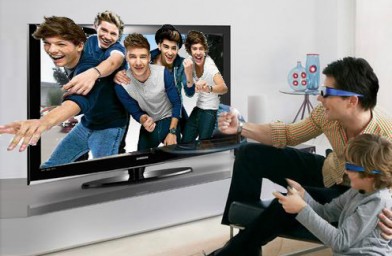 The performance drew in the biggest crowd in the show’s history, according to co-host Al Roker.

The boys are also set to follow in the footsteps of Justin Bieber and Katy Perry by starring in their own 3D movie.

Irish heartthrob Niall Horan said: “So we are going to do our first ever movie. It’s going to be in 3D, and it’s coming to a cinema near you on the 30th August 2013.”

Morgan Spurlock, director of ‘Super Size Me’ is making the film, which will chart the band’s meteoric rise to fame since appearing on the UK version of ‘The X Factor’ in 2010.

Morgan said: “This is an incredible opportunity and an amazing moment in time for the band.

“To capture this journey and share it with audiences around the world will be an epic undertaking that I am proud to be a part of.”

Simon Cowell who will be producing the movie said: “I’m delighted we’re making this film and Morgan is the perfect person to give that access-all-areas, behind-the-scenes look into what it’s like to be One Direction today.

“What the band have achieved is incredible, they and their fans have made history around the world – this is for them.”