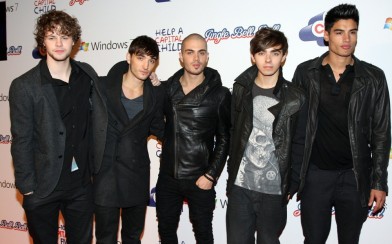 The “Gold Forever” singers add their names to an already amazing line-up of performers set to take stage at the O2 Arena.

Capital FM has just announced that the five piece boy band are performing on the second night of the event which takes place on the 8th and 9th of December.

The boys, who have recently released their new single “I Found You,” are joining acts such as Example, Conor Maynard, Rita Ora and Calvin Harris on Sunday the 9th of December. More acts are to be announced later today. Tickets go on sale on Monday the 12th of November at 8 am.

Artists taking stage on the first day of the event include:  Bruno Mars, Cheryl Cole, Lawson, Little Mix, One Direction, The Script, Rizzle Kicks and JLS.