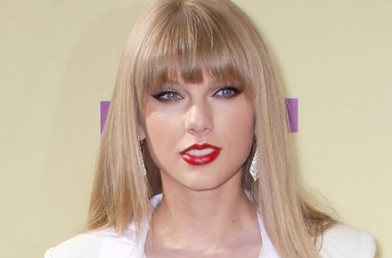 Taylor Swift is more than happy with the public’s ’embrace’ of her latest album ‘Red’.

The singer was at Westfield Shopping Centre in Shepherd’s Bush, London today (November 6), where she was switching on the Christmas lights.

Speaking after the big event, Swift said: “I had hoped that my fans would get what I was doing there — that they would embrace it. And the fact that they celebrated that and 1.2 million of them went out and bought it the first week and it became my first UK No. 1 album, it is absolutely unbelievable.”

The Grammy-winner rewarded her British fans with a few songs including her hit from the new album, ‘We Are Never Getting Back Together’.