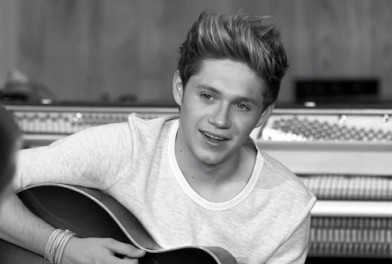 The video – shot in black and white – sees the boys in the studio playing around with instruments and recording the Ed Sheeran penned track.

‘Little Things’ is the second track taken from the brand new album ‘Take Me Home’ released 12th November in the UK.

Let us know what you think in the comments below!