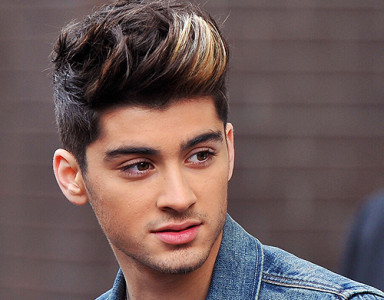 One Direction heart-throb Zayn Malik has opened up about his friendship with superstar Justin Bieber and the time Simon Cowell had to force him to dance on the X Factor.

Zayne and Justin have been hanging out lately. The Bradford star tells Now Magazine: “He’s very similar to me in terms of the type of music he likes and things he likes to do,”

“We both love skateboarding.”

Skateboarding was involved in a bit of a wild night with Justin last month in Los Angeles.

“I had an accident doing a half-pipe [a skateboarding move] and was on crutches for five days,” he explained. “My ankle popped out of place.”

Celebrity likeness seems to have brought these two boys together but Zayne remembers the first meeting before stardom hit the bradford hunk.

“It’s really cool because I remember the first time he came to The X Factor, when we were contestants, it was hard to even get a photo with him because he has that whole entourage.”

“For him to go out of his way to hang out with us was really flattering.”

He added: “He thinks it’s cool that he’s now got someone of a similar age to hang out with in the industry.”

The One Direction heart-throb also spoke out about time when Simon Cowell had to force him to dance on the X Factor at boot camp. When asked if Cowell still brings up the dancing issue, Zayn says: “Yeah, all the time – he always bullies me about it!”

Adding, “He asks me if I’ve had dancing lessons and says he heard I can breakdance now.”

Luckily for 1D, dancing is not their ‘thing’, when asked if he was glad that One Direction don’t have to bust out the shapes that often, he replied: “Yes, I don’t think that would suit us in any way, shape or form.”

“We’re just five young lads having fun and that’s what our performance should be.”

The star then added: “I was always glad I wasn’t added to JLS.”

Although there is no denying Zayn loves his fans, but he wants them to know he’s not available.

In the interview, the hunk was asked:“So the fans know you’re off-limits now? ”