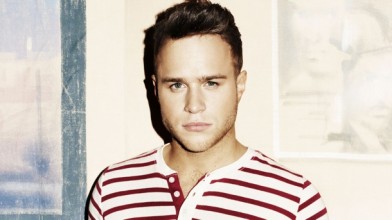 Olly Murs says he’s upset that people are accusing the X-Factor of being fake.

last week, judge Louis Walsh caused Gary Barlow to storm off live on air, convinsing many that they were deliveratly creating extra drama.

Speaking to CBBC Newsround about the incident, Olly said: “It’s upsetting when people say it because i’ve been part of the show, and behind camera, it does get fiesty down there”.

“It is about the contestents, I was a contestant on the show, i’d hate to think that my show was a fix or it was fake”

There have been over 1000 complaints from viewers about the show.

Olly was forced to miss the early filming for the show when he was on tour in the US.

He told The Sun newspaper he was too jealous to watch the show when he was on tour.

The singer, who only joined co-host Caroline Flack for last weekend’s live shows, admitted: “I couldn’t watch when she had guest presenters on – it upset me too much.

“Seeing her have fun on screen with someone else wasn’t right.”

Olly’s happy to be back on screen with Caroline. He said: “She’s a lovely girl and we have a good chemistry. When she’s upset or things have been written about her, she’s always been able to confide in me.”