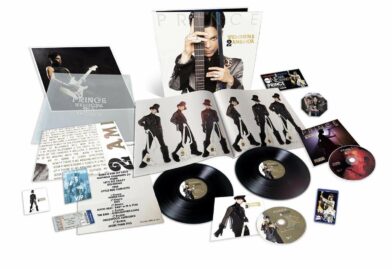 Calling all Prince fans for some exciting news! The Prince Estate in partnership with legacy recordings, welcomes new single “Born 2 Die” from the previously unreleased 2010 album “Welcome 2 America” which will be available in standard and deluxe editions on the 30th July.

During the time of recording this album, Prince was reflecting deeply on the issues affecting the Black community and the role he hoped to play in the social justice movement.

“These songs are amongst the most socially and politically engaged of his career, as though Prince were updating Sign O’ The Times.” —UNCUT, July 2021

“Born 2 Die” had a global premiere on the BBC 6 Music Breakfast Show in the U.K. recently, with Prince’s long-time musical director Morris Hayes joining host Gemma Cairney to introduce the track. The song is now available on all streaming platforms.

“We got to ‘Born 2 Die,’ and Prince said, ‘I’ll tell you how that came about,’ Morris Hayes shared. “He had been watching videos of his friend Dr. Cornel West on YouTube, and during one speech Dr. West said, ‘I love my brother Prince, but he’s no Curtis Mayfield.’