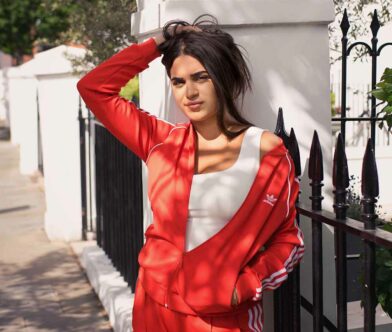 Swedish newcomer, Eylie, has released a stunning performance video to accompany her heartfelt ballad ‘Singing Without You’ – you can watch it below.
Softly released in October on Atlantic Records, the melancholic, piano-led record, which pits Eylie’s effortless tone against the delicate piano and orchestral sounds, delves into the emotional toll following the passing of her father, who sadly lost his eleven-year battle with cancer when she was just fourteen. Recently surpassing eight million global streams, Eylie wrote the track with close friends Robin Lundbäck (Boy in Space), Tom Lundbäck (JTR) and Sarah Lundbäck, in Sweden.

Eylie (real name Nicole Elie Touma) was born to Lebanese parents in a small town called Skoyde in South Central Sweden. Growing up in a musical household, the young superstar inherited her father’s love of singing – something sacred that they shared throughout the years. Developing a passion for piano-playing during her infant years, Eylie grew up with a range of influences, spanning from her Arabian heritage to her love of gospel music.

Offered her first record deal at just 15-years-old, little did she know she’d catch the attention of music icon Quincy Jones soon after, who she met by chance in a restaurant. Upon discovering that she was a singer after she approached him for a picture, he asked her to sing on the spot and blown away by her talent; the very next day, her name was dotted across several press publications following plaudits from Quincy.