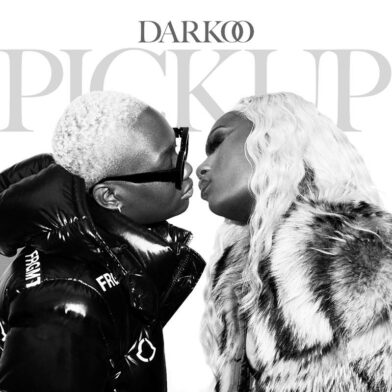 Nigerian born, London raised sensation Darkoo is back with her new single ‘Pick Up’ Produced by ATG [Kelly Rowland Dave East Ms Banks] the track is available to stream and purchase.

‘Pick Up’ follows on from her previous hit ‘Cinderella’ and comes complete with a dextrous official video, directed by Kelvin Jones [AJ Tracey KSI Aitch] where she plays her own love interest. The track showcases her distinct vocals along with her signature afro sound. Watch it below.

Speaking on the inspiration behind the track Darkoo explains;

“ I was dating at the time and the relationship was unhealthy and not working out. I was in the studio working on another piece of music and decided to put pen to paper and just began to write down what I was currently going through. Although the relationship had come to an end I wanted everything to be amicable but I was just being ghosted. Then I would see them out and about, having a good time with their new boo and quickly realised that people are not always who you think they are.
Writing this track was definitely out of my comfort zone, I created a track based purely on my personal emotions. ‘Pick Up’ will always remind me to be true to myself.”

With dreams of becoming a footballer before signing up to study engineering at university, Darkoo’s path took an unexpected turn after exploding onto the scene with the anthemic track ‘Gangsta’ featuring One Acen — a track that gave Darkoo her first UK top 40 at the back end of 2019 and was crowned by the Official Charts Company as the Afrobeat track of 2020.

Still only 19 years old and with over 1.5 million monthly listeners on Spotify, Darkoo is one of the most talked-about breakout UK artists around right now, with co-signs from the likes of Wretch 32, Tion Wayne, Ms Banks and NSG. Her imaginative, genre-blurring music blends her love of international sounds with the UK underground, helping create a unique form of AfroSwing that she’s firmly made her own.

‘Pick Up is out now: https://lnk.to/Darkoo-PickUp